If you’ve ever spoken to insurance agents from different companies, you would realize that there is a difference in the pricing even though the policy appears to be similar.

Have you ever wondered what is the cause of that discrepancy in the pricing and are you being short-changed or overcharged?

In this video, I will explain to you the components that go into insurance pricing and whether or not it makes sense for you to pay more or less for a given policy.

What Goes into Insurance Pricing

Let’s talk about what goes into the price of an insurance policy.

Generally, the price of insurance is a combination of the three main factors.

That said, depending on the type of insurance coverage, I would argue that most insurers are dealing with similar numbers when it comes to the probability of claim as all of these statistics are affected by the law of large numbers.

To generalize, the law of large numbers in insurance dictates that with enough sample size, it is possible to accurately determine the percentage of people that will make a claim.

The only thing that may differ for the first factor is if an insurer provides a broader scope of coverage than the other companies offer. For example, instead of 35 critical illness conditions, the insurer provides up to 73 conditions.

In theory, by having a broader scope of coverage, the company now exposes itself to a higher probability of claim and hence the price of the insurance has to go up accordingly.

If the scope of coverage is identical, the probability of a claim that the insurers are working with should be the same as well and hence the pricing should not differ between the companies.

Of course, in reality, this is not always the case and that brings me to my next point.

The second factor of insurance pricing deals with the investment return of the insurers.

That said, no one knows the degree to which it is being practised in real life as not all the investment returns will be allocated for the benefit of the policyholders as the shareholders want some cut too.

With regards to the difference in the investment return of insurers, given that the insurers often invest in a similar manner and asset allocation, over the long run, the expected return between the insurers will not deviate that drastically due to the concept of mean reversion.

This can be observed from the returns of the participating funds of the major life insurers.

As you can see while the deviations in the short run can be rather substantial, in the long run, generally the investment returns of the insurers are closely approximate to one another.

The third factor of insurance pricing deals with the operating expenses and overheads of the company.

All things being equal, insurers that have a higher operating expense will need to impose a higher price on their policies to break even.

Apart from just breaking even, the desired profit margin of the insurers will affect the pricing that it has to charge after taking into account all the potential claims and expenses.

All things being equal, a higher profit margin requirement would mean that the company has to charge a higher price.

Now of course, as policyholders, we do not have access to this information but out of all the three factors, I would argue that the third factor would have a more significant contribution to the price differences across the different companies.

Granted, no two insurance is the same when it comes to the benefits that it has to offer and by focusing on the price difference alone, it would not tell you much about whether a policy is better or not.

That brings me to my next point as to whether or not it is worth paying for a more expensive policy.

Is it worth paying for a more expensive policy?

Assuming that the coverage amount and the scope are identical, it does not make sense for you to pay more for a policy that essentially provides the same benefits.

However, competition exists for a reason and no two insurers would provide a policy that is identical to one another.

If a policy is more expensive as compared to another, I think whether or not it is worth paying the additional price largely depends on two things

At the end of the day, as long as you know and you understand what you are paying for, paying for a more expensive policy may be worth it if you deem the additional benefits necessary.

The last thing you want for yourself is to blindly pay for things that you do not need or worst pay more for no apparent benefits.

To find out more information about how you can benefit from my financial and insurance planning services, you can check out what I do on my website here:

Or reach out to me directly via:

Daniel is a Licensed Independent Financial Consultant with MAS and a Certified Financial Planner (CFP®).

Connect with me on social media platforms to receive updates on future content! You can also slide into my DMs if you have any questions :)

This article is meant to be the opinion of the author

This article is for information purposes only

This article should not be seen as financial advice 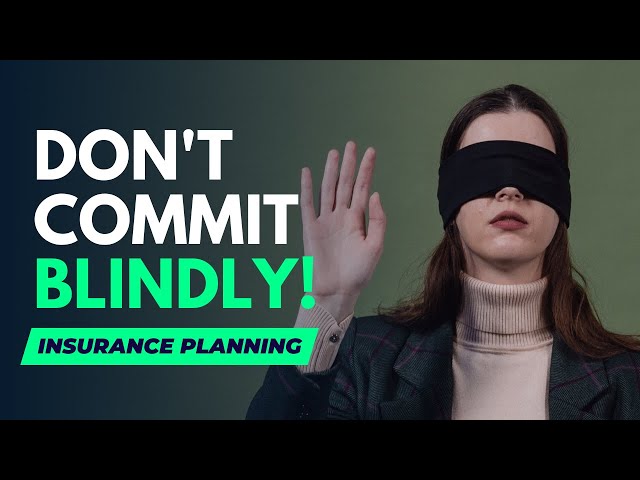 3 Reasons Why You Need To Compare Your Insurances Before Buying